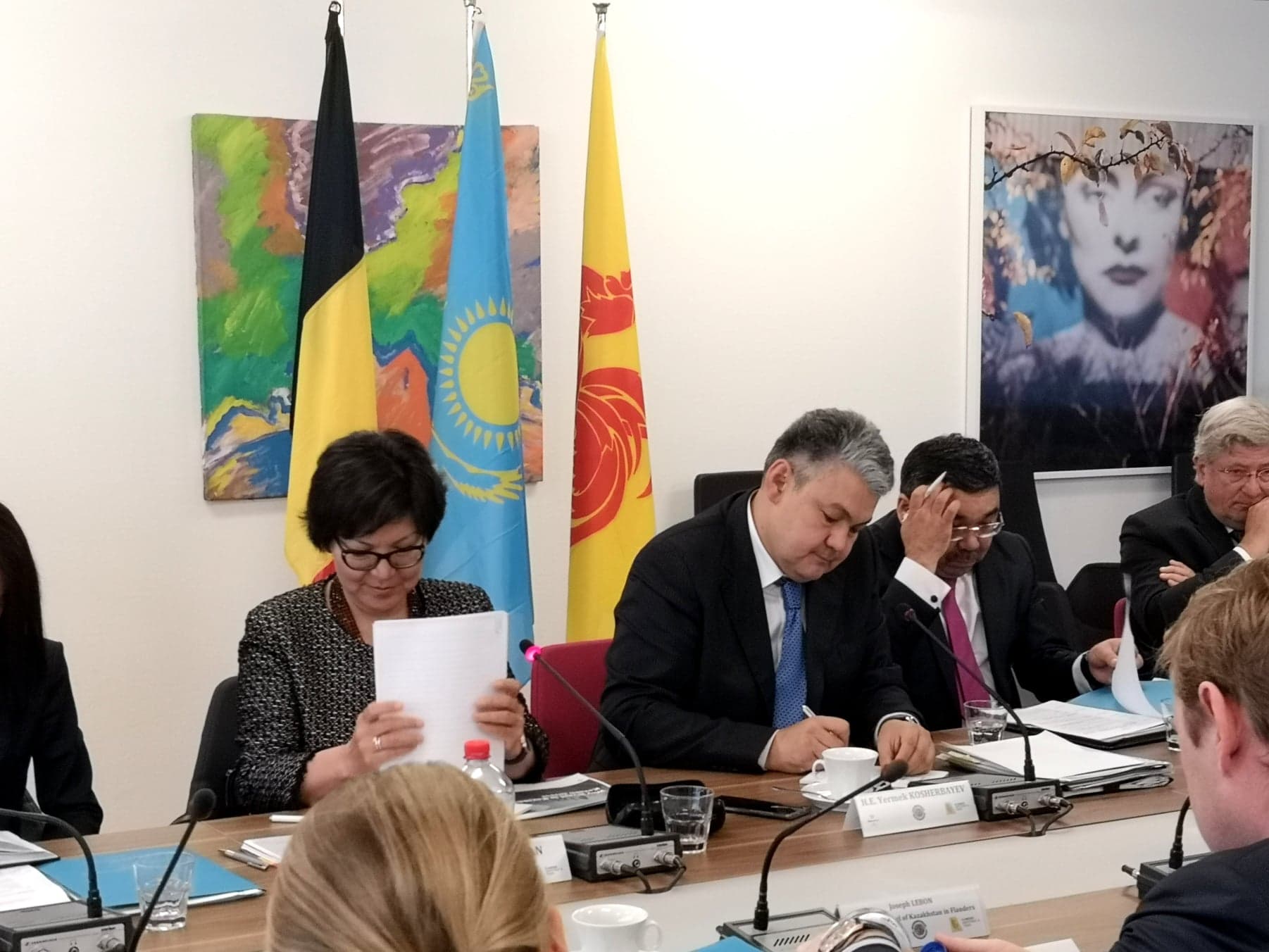 On Wednesday, October 9, it was held a roundtable with the deputy foreign minister of Kazakhstan, Yermek Kosherbayev and a dozen of the representatives of the Belgian businesses. The aim of the meeting, organized by the Walloon Export and Foreign Investment Agency AWEX, was to ease the relations between Kazakhstan and potential Belgian investors.

Since its independence, in 1991, the Kazakh economy has developed fast. During the meeting, the diplomat remembered how, 8 years ago, it was difficult to look to the Belgian and European model and to try to implement it in Kazakhstan. 8 years later things have changed. A new generation is leading the country, and it is ready to implement worldwide experiences and to be more open to new foreign investors.

In his opening speech, Kosherbayev mentioned the effort that the Kazakh government is making to attract potential investors. The National Company “Kazakh Invest”, which provides a “one-stop-shop” for investors, supplying them with assistance and information. The deputy minister also remrked that the Astana International Financial Centre is now operational. A financial hub guided by principles, norms, and precedents of England and Wales`s law and standards of the leading international financial centers. Also the weaknesses of the center Asia country have been pointed out, such as the leak of state guarantees or the long waiting time that is necessary to register new products.

Twelve representatives of the Belgian businesses were invited to share their expectations of a possible collaboration with Kazakhstan. Many of them already have Kazakh partners, and agreements were made with the deputy minister to ease their projects.

The fields where Belgian companies are more present in Kazakhstan are agriculture, new technologies, healthcare and energy. The Belgian Kazakhstan’s partners are the two export and foreign investment agencies, AWEX of Wallonia and FIT from Flanders. Every two years, these agencies introduce Belgian enterprises to Kazakhstan and organise business missions to the country.

In the last 28 years, the Belgian investments in the Kazakhstan economy amounted to €7.1 billion. 2018 has been a crucial year. In fact, compared to 2017 Kazakhstan’s foreign trade turnover with Belgium increased by 58% and amounted to €414million. However, according to Kosherbayev the Belgian-Kazakh relation is not at its full potential yet.

At the moment, 74 companies with Belgian capital have invested in Kazakhstan, between them Carmeuse, the mining company based in Louvain-la-Neuve, and Orfit industries, which deals with thermoplastic innovation, both present at the roundtable.