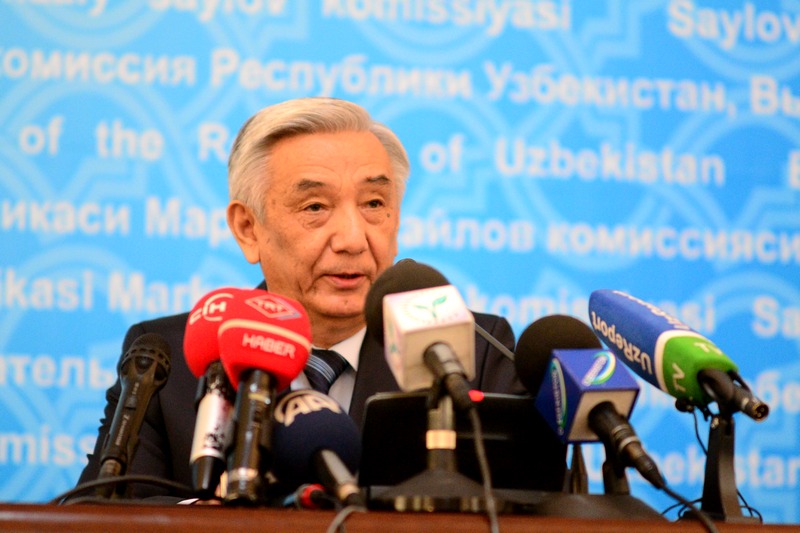 On December 22, parliamentary elections will be held in Uzbekistan.”International standards will be followed, which were adopted by the Election Code in June and announced on October 21, 2019 by Mirzo-Ulugbek Abdusalomov, Chairman of the Central Election Commission (CEC)” explains Dilyor Khakimov, Ambassador of Uzbekistan to the Kingdom of Belgium.

The experience of more than 50 countries was studied to develop the code, says Abdusalomov

“I want to emphasize the recommendations of the missions of international election observation organizations, including the OSCE/ODIHR, SCO, CIS, the World Association of Electoral Bodies, the Organization of Islamic Cooperation, proposals of the Venice Commission, as well as international electoral principles and standards” he concludes.

The adoption of the Electoral Code was initiated by President Shavkat Mirziyoyev. According to Abdusalomov, this adoption has brought together the norms of nearly 30 previously existing legislative documents, including five laws regulating the preparation and conduct of elections of the country’s president, deputies of the Legislative Chamber, members of the Senate, deputies regional, district and city kengashes that regulated the activities of the CEC, as well as guaranteeing the free expression of citizens.

In accordance with the Electoral Code, election commissions are now authorized to consider complaints from individuals and legal entities about violations of suffrage, conduct checks on these complaints and give written answers within three days. The election commissions are obliged to respond to appeals received less than six days before the election or on election day. The Electoral Code now grants the right to vote to people in prison for crimes not constituting a serious public danger.

“I want to emphasize the strengthening of public control and the expansion of the powers of civil society institutions during the elections,” said. Abdusalomov. “Representatives of self-government bodies also have the opportunity to observe the elections, which will enhance transparency and public accountability of the electoral process.” The Electoral Code establishes a 30% quota for women for deputy candidates, which is of great importance according to Abdusalomov.

The unified electronic voter list (EESI) has been launched, which currently includes 20.5 million citizens of Uzbekistan. The EESI will allow the formation of a single electoral portal, allowing the electorate to receive all the election data on the CEC website, which was developed about a year ago after a decree by the president.

“When developing this mechanism, foreign experience was carefully studied,” the CEC head underlines.  Some of the enhancements included an electronic database of candidates for deputies of all levels, an interactive map of constituencies and precincts, an official website and social networks.

The Saylov-2019 mobile application (“Elections-2019”) has already been created, which contains regulations, information on election commissions, guidelines, training materials, etc. A call center is available at the CEC international press center to answer any question about the election.

In accordance with the Electoral Code, election campaigning is not allowed the day before nor on election day. The Electoral Code of Uzbekistan does not provide for the organization of exit polls. The upcoming expression of the will of the people will be considered valid if at least 33% of those included in the voter lists take part in it. To win the election, candidates will need to get 50% plus one vote.

In accordance with the Electoral Code, the first session of the Legislative Chamber of a new composition should be held no later than two months after the election.

More than 600 foreign observers to come to parliament in Uzbekistan

More than 600 observers from about 50 states and international organizations are reported to travel to Uzbekistan to monitor the elections to the Legislative Chamber of the Oliy Majlis. “We expect that more than 600 foreign observers from about 50 states of America, Europe, Asia and Africa, as well as from all international organizations of the world whose activities are related to election monitoring,” says Abdusalomov, adding that there will not be a single polling station closed to foreign observers.